How to choose your specs for game dev or anything related to development.

An updated version of my workstation is listed on this post.

I used to get asked often about pc specs for various things and I've spec'd out some systems for some friends over the years. Recently I was speaking with someone on Discord and I asked what they think that I should write about on my blog - you know useful stuff. So here's one idea from them.

When building a workstation or a pc the first thing you need to figure out is what you're going to be doing with it specifically. This is an important thing to think about because it could save you some money and even a headache down the line.

For anything that's resource-intensive such as rendering or compiling code I'd recommend getting as much ram and cores that you can. Remember you don't need to spend thousands of dollars to get a good system anymore, you could get an older i7 and still do great work with it.

For gaming... go with something clocked high with a good amount of cores and get a good gpu.

Honestly go to PCPartPicker build page and use the slider on the left for a price that you're targetting. You'll get an idea of systems that you can build around your price.

You could even go to craigslist etc and find some good secondhand components. Regardless of what you choose as a system, make sure you get an SSD.

I have a very nice system, but it's not the best in terms of the price. For example, I could've waited a year or two and got the components cheaper than I did at the time. (some were bought around tax time in the US a few years ago so I overpaid for stuff like ram) 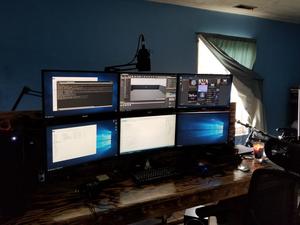 https://pcpartpicker.com/user/trdwll/saved/NVJzMp is my current setup and I do plan to upgrade this year. (maybe) I also OC to 4.7GHz .

I also used to run a homelab so I'd offload stuff onto it, but since I stopped using it I needed a more powerful system which is what I linked above.

Here's a system that I threw together that I'm considering upgrading to, but again I'm not sure if I'm going to as my current one is just fine. https://pcpartpicker.com/user/trdwll/saved/LHXXvK