I made a Jenkins CI monitor

Using a RPi 3B and a 5" screen I made a Jenkins CI monitor.

Now that we have Jenkins running for Shifted I wanted to have the stats displayed easily. I set up a grafana dashboard in a vm on my server and hooked up Jenkins to it.

I got this idea from the Sea of Thieves talk (Automated Testing at Scale in Sea of Thieves) by Jessica Baker. (specifically the timestamp (1504)).

This probably isn't the most ideal way to do this, but it works.  For this build, I just used one of my old Raspberry Pi's (the 3B) and I picked up a 5" screen from ELECROW. I installed Raspbian, connected to Wifi, and then opened the grafana dashboard via Chromium. (then full-screened and used Kiosk mode in grafana)

Honestly, I wish I would've gone with the 7" screen so I could display more information. 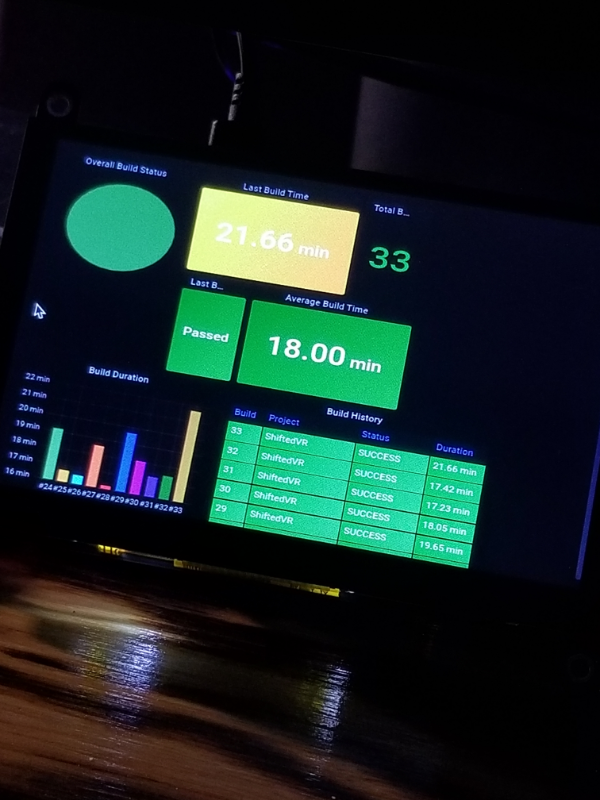