I built a new server and bought a new router...

I recently set up CI (Jenkins) for Shifted and I thought why not have a machine that I can use as a server for various things such as Jenkins? A few years ago I had a full-fledged homelab that contained 6 1U servers (3 Supermicro and 3 Dell). I used only 1-2 of these servers and the rest - well, collected dust. I ran ESXi, pfsense, and a ton of other random things. I got into network security and let's skip a year. I didn't use them that much so I started shutting them down. I moved to more consumer-grade networking gear and again lets fast forward to the present time.

But Russ, why did you go with 512GB of ram? Calm down pal, I did it for the lulz. I mainly plan to run some local services like Jenkins, JIRA, Invoice Ninja, Plex, among some other services. 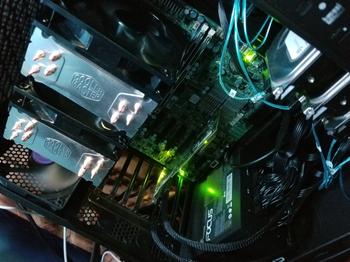 I also bought a new router and 2 APs. The old router that I had used for 3-4 years was dropping packets like crazy and the wifi would just drop also. I ended up going with the MikroTik  RB4011iGS+RM and 2 of MikroTik's cheaper hAP lite TC. MikroTik is very cheap, but very reliable. If you're looking into redoing your network then take a look at stuff that MikroTik offers.